The following has been adapted from Bustle. 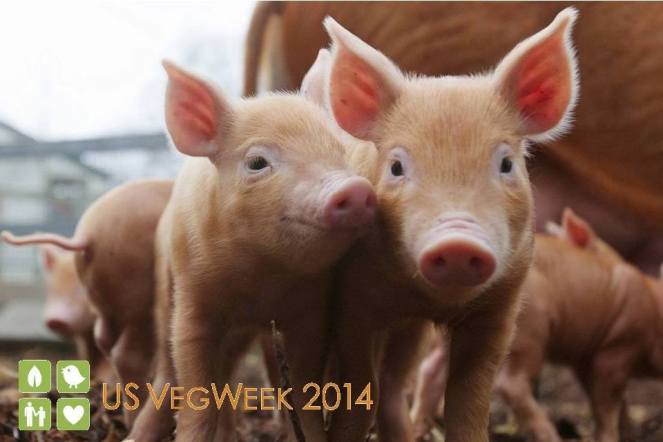 What better time to try vegetarianism then during U.S. VegWeek? Take the pledge and get free recipes and product coupons!

If 1,000 people decided to go vegetarian just one day a week, around 58,000 animal lives would be saved. That may not seem very significant in the grand scheme of things — but it’s certainly significant to those 58,000 animals.

You can make a point to not buy products from companies that test on animals, and doing so isn’t as difficult as it might seem. You just have to know who to avoid.

As for alternatives, Tom’s of Maine is reliably cruelty-free. So are Fábula, Aurelia, and Dr. Bronner’s. For more, check out PETA’s list of cruelty-free companies.

Puppy mills are an especially insidious form of animal cruelty, as they thrive on generally good intentions of well-meaning pet owners. While there are federal standards for the housing and care of commercially-raised animals, they’re not very well enforced, and due to a loophole in the Animal Welfare Act, they only apply to breeders who sell to pet stores or brokers, exempting those who sell directly to consumers. As a result, tons of puppies are raised in truly horrific conditions.

The Puppy Uniform Protection and Safety (PUPS) Act would change this. It would expand the definition of a “high-volume retail breeder” to encompass those who sell directly to the public, mandate adequate living space for dogs in breeding facilities, and require that dogs being raised for commercial purposes be given regular opportunities to exercise.

The law has been introduced twice in Congress but never passed, so you should tell your local representative, who you can find here, to support it until it becomes law.

5. Sign this petition to shut down the Surabaya Zoo. 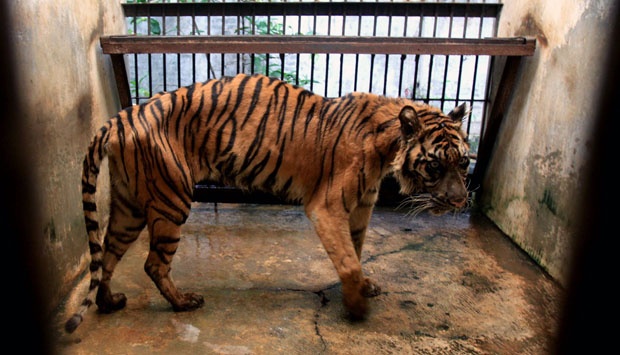 In general, you should avoid zoos altogether. Animals in zoos are separated from their natural environments and families, subject to constant harassment and disturbances (children banging on windows, etc), and forced to live in a confined space for the rest of their lives. Zoo life is so intolerable that some zoo animals have actually been given Prozac to help manage their moods.

But conditions at the Surabaya Zoo in Indonesia are cruel on a whole new level. Over 100 animals have died at the zoo in less than a year, including a lion who strangled after getting his neck snared on the cable used to open his door. The pelican cage is so overcrowded that some of them have started destroying their own eggs. When the last giraffe in the zoo died, examiners found 40 pounds of plastic in its stomach.

A petition at Change.org demands that Indonesian lawmakers take action to shut down the zoo. It has over 184,000 signatories. You should be one of them.

One thought on “Speak Up For Animals: 5 Simple Things You Can Do Today”