“Turkeys know their names, come when you call, and are totally affectionate. They’re better than teenagers.” Elayne Boosler 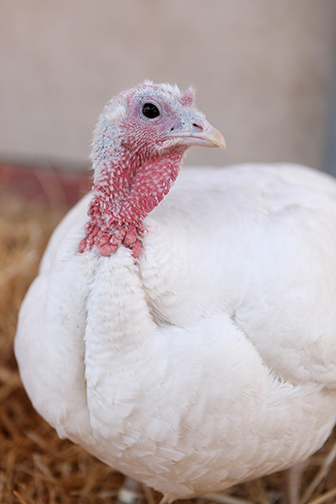 1. Turkeys are very playful animals. Tom Savage, poultry scientist and animal science professor at Oregon State University, observed that if you throw an apple to a group of turkeys, they will play with it together, almost as though it were a football.

2. Turkeys form strong social bonds with their family and flock mates. In the wild they sometimes travel in groups of 200 or more. When a turkey is removed from her group, she becomes distressed and calls to her flockmates until she is reunited with them.

3. Baby turkeys, called poults, eat berries, seeds and insects, while adults have a more varied diet that can include acorns and even small reptiles.

4. Benjamin Franklin never proposed the turkey as a symbol for America, but he did once praise them as being “a much more respectable bird” than the bald eagle.

5. A wild turkey’s home territory often exceeds 1,000 acres. Turkeys have an incredible knack for remembering locations. They have been known to recall a location they’ve visited only once. They can remember where they found food the year before and will return to the same spot in search of a meal.

6. Male turkey siblings go out courting females together. The siblings display their plumage alongside each other to attract potential mates. Only the dominant brother, however, will mate with interested females.

7. Turkeys make a complex range of sounds. When they want to gather their family group, they make an urgent-sounding call. When a turkey is alarmed, she uses a special “putt,” sound, and every bird in the flock looks up with apprehension. Sometimes a mother will use a “cackle” when entering or leaving a roost to prompt her brood to follow. Turkeys even make a cat-like purr when they are feeling content.

“We are the ones of whom it will be fairly asked, ‘What did you do when you learned the truth about eating animals?‘” — Jonathan Saffron Foer, Eating Animals

Running from September 23rd-October 2 (World Day for Farmed Animals), Farm Sanctuary is campaigning to educate and empower people around the country so that, collectively, we can answer, “We changed the world.” 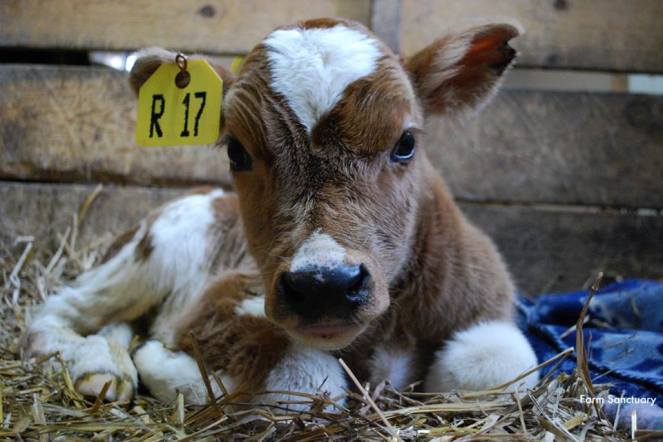 Gene Baur, president and co-founder of Farm Sanctuary, said “[i]t’s now up to us to decide what our response will be to an industry that inflicts unthinkable pain and suffering on 9 billion animals a year. When future generations look back on this moment in time, they will wonder, ‘What Did You Do?’ when you learned about this animal cruelty.”

Whether it be writing a letter to Congress, sharing stories through social media or donating money to feed rescued animals, the Farm Sanctuary’s website offers ways to everyone to get involved!